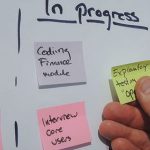 Projects come in all shapes and sizes. They can be small, highly focused jobs that require a sequence of only a few tasks to complete them or they can be complex, longer term projects that include various departments, skills, and people.

For any project to be completed successful, large or small, simple or complex, you need a plan. This plan is a schedule of events, who is doing what and so on but, it needs to be more than this. It needs to outline your methodology – how the project is to be tackled, risk factors and how they will be dealt with, how resources can be managed and so on. 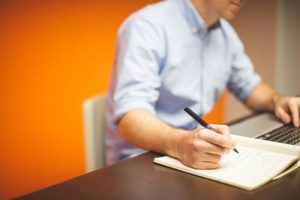 Your methodology should outline your approach to the project, risk factors and resources needed.

What is Project Management Methodology?
Up until the 1950s, projects were managed on an ad hoc basis; when problem arose, they were solved. When changes were needed, they were made. It was after the 1950s as construction projects became bigger and more complex that project management methodologies began to be developed.

These methodologies now expand beyond the realms of engineering and there are a few different models that people and companies use today:

Waterfall
This was one of the first project management methodologies to come into being, offering for the first time a difference between a traditional approach to one where everything was worked on in sequence.

By eliminating the risk by outlining each step of the project, the emphasis is placed on planning as much as possible at the very start and not allowing issues to creep in and slow the project down.

Agile
Waterfall is a well known methodology but Agile is close on its heels. Developed with the tech industry in mind, as the name suggests, this methodology has a quick turnaround and an ability to adapt to changing boundaries and parameters.

Six Sigma
Developed by Motorola, this is a methodology driven by data-laden projects. It aims to improve quality by reducing defects and bugs.

PRINCE2
You may have heard or seen this methodology referred to as it is a project standard used by the UK Government since 1996. PRINCE stands for Projects IN Controlled Environments.

This is a process orientated method, with projects divided into stages with each of these stages having its own plan and process to follow. Each stage is also heavily documented. It is one of the project management methodologies in which the project manager needs to be highly skilled.

Scrum
Some projects need short, sharp feedback but a methodology that shifts to changing requirements. Named after the rugby play, it provides time for feedback and a speedy response to any changes identified as part of this feedback process. Team dynamics need to be tight and focused, working together in ‘sprints’. At the end of a sprint, the team must have produced a usable product.

Who is responsible for project management?
There are many other methodologies that are recognised and used in business throughout sectors and industries. Being in control of managing a project is exciting and rewarding.

Being open to new ideas and methodologies with a variety of human resources courses means that the right methodology is used, advancing both the company and the product or service. 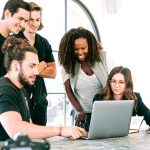 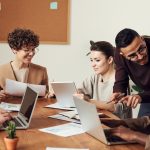 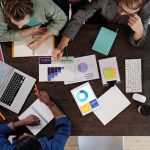