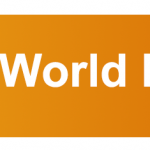 Today, October 21st, is World Reptile Day, a day where we celebrate and raise awareness for our cold-blooded friends.

Today, October 21st, is World Reptile Day, a day where we celebrate and raise awareness for our cold-blooded friends. In conjunction with this awareness day we have decided to do some research on reptiles and see just how unique some species really are!

In this blog we will look at 10 different facts related to reptiles and how these make reptiles unique in the animal kingdom!

1. Most reptiles are cold blooded

Don’t mistake this for the common saying meaning that they have no emotions or are deliberately cruel! No, this time the term means exactly what it says on the tin, reptiles have cold blood: well sort of! A reptile’s temperature depends on their surroundings rather than maintaining a constant body temperature as humans and other mammals do. In a warm environment a reptile would take on the heat of their surroundings, in a cold environment a reptile would be cold. This is in contrast to ourselves as we maintain our heat by converting food to energy, because reptiles don’t need to do this they are able to survive on far less food, some snakes for example can go five or six months between meals, now that’s a dedicated diet!

2. Crocodiles sweat through their mouths

Okay, so this isn’t strictly true: crocodiles don’t have sweaty breath, however they do use their mouths to stay cool. Crocodiles don’t have sweat glands on their bodies like you or I, so to stay cool they release excess heat through their mouths. This is one of the reasons we see pictures of crocodiles relaxing with their mouths open, they are trying to cool down. Crocodiles have also been known to pant like a dog to release heat too – I wouldn’t recommend trying to take one for a walk though!

3. Nearly all reptiles lay shelled eggs, but not all of them!

As I’m sure you are already aware, most reptiles lay eggs, much like birds, rather than giving birth to live offspring like humans. There are however some reptiles that actually give birth to live young. There are two different types of this birth, one where the reptile would retain the egg inside their own body and one where the reptile would transfer nutrients through a placenta much like mammals. Some examples of reptiles that give birth to live young are Skinks (a species of small lizard), boas (a large, heavy bodied snake) and even the Adder (a medium sized venomous snake found around the world) which is native to the UK. Good to know if you were thinking of searching for Adder’s Eggs to go with your Sunday fry-up!

4. Chameleons don’t change their colour to camouflage themselves

I will admit, this one kind of disappointed me! I loved the idea of chameleons changing their colours to hide against predators or sneak up on their prey, so I felt a little let down when I found out this was not the case! The main reason that chameleons change colour is due to changes in their mood, some chameleons for example will change to a shade of red or yellow as a warning or when they feel under threat. Another reason for the colour change is temperature, some chameleons will change their colour to a light reflecting shade when in bright sunlight, that would be a handy trick and would save us a lot of money on our factor 50’s!

I could have picked one of about 100 different facts about venomous snakes, the choice was so difficult. So I have cheated and will list a few different facts under this heading to make it easier for me and more interesting for you! The most venomous snake in the world is the Inland Taipan, a snake native to Australia. The fastest, and probably the most famous venomous snake is the Black Mamba, a snake native to Africa. Out of the 3000 species of snake in the world, only 700 of these are venomous and out of this 700 only 250 of these are considered deadly to humans meaning that only around 8% of snake species are deadly to humans. Hopefully this will make you feel safer the next time you encounter one of our slithery friends.

6. Snakes and Lizards smell with their tongue

Lizards and Snakes do not use their nose to smell. They do have nostrils however they use these primarily to breathe. To smell they flick out their tongue then pass it something commonly called the Jacobson’s Organ. This tells the snake or lizard what the chemicals picked up by the tongue are and therefore how to react in certain situations. Some snakes use their tongues to pick up pheromones in the air to locate a mate, I’m not too sure this would work for humans on the pull though!

Geckos have developed an ingenious way of defending themselves against predators and it involves wagging their tail! Most lizards have the ability to regrow a limb that they have lost, whether this be a leg or their tail. Some species of gecko have turned this trait into their advantage. When a gecko feels threatened by a predator they will start to wag their tail in the air from side to side. This is aimed at distracting the predator and enticing them to attack their tail. If a predator were to then target the tail, the gecko would break off their tail and make a run for it, hoping the distraction would aid in their escape. Pretty impressive behaviour with the gecko running away with no tail between its legs!

8. Tortoises circled the moon before astronauts did

This is probably the weirdest fact on the list and one of the most interesting. During the space race in the mid-20th century the Soviets sent an unmanned craft into space to sling shot around the moon and return to earth. Named Zond 5, the craft contained tortoises as well as some insects, seeds and bacteria. The tortoises survived their trip into space and returned to the Soviet Union for study. Not only did the tortoise beat the hare, but it also beat the human to the moon and back!

We have included this on our list as Liam, our IT apprentice, has his own bearded dragon named Basil! Along with looking like a modern day dinosaur and having an uber-cool name, the bearded dragon also has another interesting trait in that it can enlarge its throat, causing spikes on its head to push out resembling a beard! It does this this when it feels threatened to make it seem bigger to potential predators and put them off attacking. – This is one hipster lizard that puts its beard to good use!

It has been estimated that in total there are over 8,200 different species of reptile in the world, with more being discovered every year. What’s even more astonishing is that reptiles have found natural habitat on every continent except Antarctica where it is too cold for them. Often thought of as being an exotic animal, we can even find reptiles native to the UK such as the grass snake or sand lizard. Reptiles truly are natures Swiss Army knife!

If you are interested in learning more about reptiles or other species in the animal kingdom you may wish to study our Zoology Diploma. This course explores different species of animals and the different traits they have as well as looking at environment, evolution and relationship with humans.