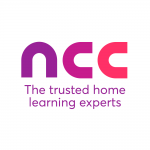 What are the Differences between QCF, RQF and NVQ (Infographic)

We’ve come a long way since the introduction of NVQs (National Vocational Qualifications) back in the early 1980s. Over the last few years they have evolved into QCF (2008) and more recently, the simplified system of the RQF (2015).

So what are the differences between QCF, RQF and NVQ, and are we really any better off?

What are NVQs?
Otherwise known as National Vocational Qualifications, these are work based awards that test your ability to complete a job to a certain required standard. Recognised across England, Wales and Northern Ireland (SQVs in Scotland), there are 8 levels in total, ranging from level 1 (which focuses on basic work activities) to level 8, where students are expected to be performing at senior management level. These skills are assessed through portfolios (that demonstrate/showcase the work you have done) and observational sessions, where you are watched by an assessor.

What are QCF Qualifications?
The Qualification and Credit Framework (QCF) is based on a system where students earn credits. One credit usually takes around 10 hours to complete. These credits build up to form full qualifications.

There are 3 different qualification types that you can earn whilst completing a QCF course: Award (only 1-12 credits are needed); Certificate (13-36 credits) and Diploma (over 37 credits). Remember that credits are based on a suggested 10 hours of study, as such, to obtain a certificate worth 13 credits, you would be expected to undertake training with a time duration of around 130 hours.

Compared to NVQ courses, a QCF course is generally more flexible and easier to complete – enabling even those in full time work to undertake this qualification, whilst at the same time allowing the unemployed to balance interviews against their studies. Similarly, students can enjoy the benefits of being able to use the same credits across different units.

There are 8 levels in total which are supported by 3 entry levels, as not all qualifications can be assigned to a single level.

In terms of ‘size’, this is based on the estimated amount of time (weeks to years) it is believed it will take you to study, complete and be assessed for the qualification.

Unlike previous systems, with the RQF there is no set deadline for completing qualifications. Instead students can finish them at their own pace. At the same time, the framework gives awarding organisations more freedom to review, develop and improve their qualifications as there are none of the rules and structures of the QCF. Instead awarding organisations can put greater focus onto outcomes.

Other perks of the RQF include:

NOTE: Starting from 30th September 2015, all awarding organisations were expected to begin the process of removing QCF from their qualification titles. This should have been completed by the end of 2017.

Still confused? Here’s a brief history of our journey from NVQ to QCF to RQF:

1980s
NVQs were made available to standardise training and development. They were also designed by industry specialists to ensure that all aspects of a business operation could be ‘assessed’ which therefore allowed company employees to be certificated against qualifications specific to their industry. The NVQ process was also designed to be portable which would enable an employee to move from one company to another within the same industry.

2008
The QCF introduced a building-block approach to learning that allowed the progression and enhancement of mobility within careers and across industries. With the QCF came prescriptive design rules that aimed to assure consistency, but also resulted in awarding organisations having to redesign their qualifications in order to meet these new rules.

2011
During this year, NVQs were moved from the NQF (National Qualifications Framework) and were instead placed into the QCF. This enabled all qualifications (including vocational and academic) attained across England, Scotland and Northern Ireland to hold the same common currency, QCF credits and achievement levels.

2014
The QCF was reviewed and found to hold too much focus on structure and not enough on validity.

2015
On 1st October 2015, the transition from the QCF to the RQF commenced and with it came the opportunity to offer students the chance to study qualifications at their own pace (as qualification size is based purely on an estimated amount of time for completion and not a restricted deadline).

2018
On the 1st January 2018, all QCF qualifications were fully transitioned to the RQF.

Is the RQF the better choice?

Put simply – yes! Not only does the RQF allow awarding organisations to flexibly create, review, refresh or replace existing qualifications (thanks to its descriptive framework) – they are also free of rules and structure, instead placing a greater focus on outcomes, the purpose of the qualification and innovation.

As a footnote, awarding organisations are still offering NVQ and QCF qualifications. The RQF will build up a ‘head of steam’ over the next two years or so, but whatever qualification structure you follow, now or in the future, no one will be able question the validity of an awarding organisation certificate which has been rightly earned in whatever guise it is presented – NVQ, QCF or RQF!

Click the below link to see the RQF qualifications available from NCC Home Learning:
https://www.ncchomelearning.co.uk/qualifications/rqf/

Or you can view all of our online courses to see if we have something that would suit you.

Infographic: The Differences between QCF, RQF and NVQ

To view this infographic in full size click here.