Find Out How Crimes Are Solved (and How YOU Can Solve Them!)

From motoring offences to murder, people commit crimes every day.

Some of these are unintentional, with no premeditation or planning – they just happen, such as a car accident. Other people meticulously plan the crime they commit, right down to the last detail. They will take many steps to avoid detection.

When (or if) they are caught and charged, they may still continue to deny any wrongdoing. 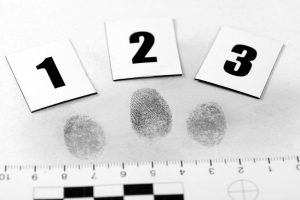 Some people who commit crimes are of sound mind, fully aware of the crime they have committed and its affects. Others are driven by poor mental health, unfettered anger, jealousy or hate.

A Complex and Rewarding Field of Study and Work

As you can see, detecting and solving crimes, working with victims and their families, and dealing with criminals is complex. Working in the field of crime detection is a rewarding career in many ways, but it also a field of work that can be harrowing.

This is valuable work, and that is why many people want to get involved in solving crimes, catching criminals and supporting victims and their families. They can be part of the prosecution process or they can be the forensic scientists that gather the evidence at the crime scene.

Do you have what it takes to be a crime solver?

How to solve a crime

The people responsible for solving a crime may have a small, finite number of clues and evidence to work with. It takes knowledge, skill, determination and a heavy dose of courage to seek out the perpetrator.

So, how do you solve a crime?

At first glance, some crime scenes can render very little information. Neighbours say they didn’t see anything. Relatives and friends say they now nothing.

But, as seasoned detectives will tell you, at every crime scene there are golden nuggets of information. From names to times, dates and ‘I did see…’ moments, the vital clues you need are all there.

Some are well hidden, and this is why the police and other investigating agencies rely on the systematic work of forensic scientists. Alongside officers, they gather minute, almost invisible information that could lead to the perpetrator.

There are other people that police turn to when trying to solve a crime. For example, a criminal psychologist can profile the person the police are possibly looking for, based on the type of crime committed and the evidence left behind.

Nailing down the timing of the crime is essential, and that means creating a detailed timeline of what happened and when. This is done by gathering evidence from witnesses, as well as by reviewing CCTV and other forms of evidence.

There are many red herrings (dead ends) to any investigation into any crime, from murder to theft, and they all need to be looked at in detail.

The same is true of forensic evidence. Questions need to be asked of the evidence, and this is why people who investigate crimes follow a set method and structure. It is often true that a small piece of evidence can be the link to the perpetrator. 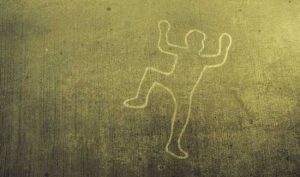 So, how do you solve a crime?

This means that every part of the crime scene is preserved. Every word everyone says to you as a detective is recorded. Every hair, bead of sweat or drop of blood left at the scene treated in a careful way to prevent contamination – in other words, it can tell its story, and that means it can help you get to the truth.

Not all crimes are solved neatly, fitting with the neat timescale we see on TV programmes. Real life cases can be cold for years, but with changes and advances in detection techniques, they can be solved decades later.

What Part Can You Play in Crime Detection?

And you could be one of them! At NCC, we have many courses, such as an online criminology diploma that is used by students as a stepping-stone into crime detection work.

It can be harrowing work but rewarding. Are you cut out for a career in the world of crime? 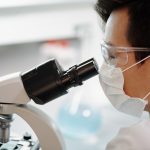