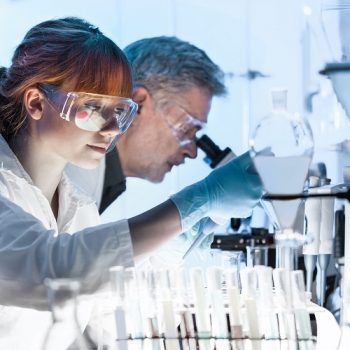 Evolution Of Science In Crime (Infographic)

The history of forensic science is older than you know.  You might think of it as starting with the CSI series of TV programmes.  The glitz, glamour and intrigue of these programmes might even have pushed you towards researching criminology courses.  However, the truth is that the history of science and crime dates back millennia.  Look at this infographic on the history of science and crime; you will be amazed to find that enquiry began as early as 3000 BC with the removal of internal organs to assess the reason for death.

Of course, it took many thousands of years to get to the point we are at now in the evolution of science and crime. If you look to when DNA was first used to solve the murder of Dawn Ashworth, it was a mere 33 years ago.  What year was DNA discovered? Well, this is a much more complicated question.  Historians might lay the year of birth of the theory of DNA to be 1953, with the work of Watson and Crick.  However, most theorists would look further back to the work of Swiss chemist Johann Friedrich Miescher in the 1860s.  He began the research to find the different components of blood, which would underpin the analysis to follow.  As you will learn on any science course, theories of today are built on the shoulders of those that questioned, tested and queried before.

The fascinating thing about the evolution of science and crime is that the efforts to progress techniques do not stop.  Criminologists and pathologists continue to look to ways of gathering evidence and so foiling the attempts of those who wish to harm.  There might not be the ground-breaking discoveries, such as the testing of DNA, but there are small movements forward.  It will help detectives immensely to be able to get fingerprint evidence even after cleaning.  Detectives can now progress cases thanks to the analysis done of footprints.

Science and crime are such essential partners because the evidence provided is often hard to dispute.  Therefore, if you look at the evolution of science and crime in this infographic, you will see how essential talented scientists are to the police.

Nccoffice
Nccoffice is NCC's resident blog author and covers a diverse range of subjects. NCC is a leading home learning provider with over 20 years’ experience and has delivered quality training to over half a million learners.
Like this article? Spread the word