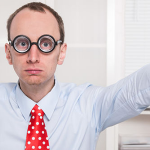 What is the Difference is Between Wrongful and Unfair Dismissal?

8
Send link
Sign up for blog updates and get an instant 10% off code for NCC Home Learning courses.
Receive a 10% discount code straight to your inbox for any course with a value of £200 or more when you subscribe to our blog.

Being involved in a staff dismissal in any capacity is stressful enough. But if it’s not carried out fairly then things can get very complicated. Wrongful and unfair dismissal are two distinct terms that are often used interchangeably – but are actually very different. So what are the differences between the two?

Some legislation does have an impact on wrongful dismissal claims. For example, the Employment Rights Act 1996 affects the length of an appropriate notice period and may therefore affect damages for wrongful dismissal.

Wrongful dismissal is the name given to a contractual claim where there has been a breach of the oral or written terms of an employment contract by an employer, which led to a dismissal (actual or constructive) of the employee.

Unfair dismissal can and frequently does occur without there being a wrongful dismissal claim. However, some dismissals will be unfair, some will be wrongful and some will be both. To example will help illustrate this: An employee has worked for a company for over two years. He has a three-month notice period in his contract. He has always felt that the working relationship with his line manager was slightly strained, although they maintain a veneer of co-operation. One Friday, in a tense department meeting, the employee openly disagrees with the manager for the first time. Immediately after the meeting the line manager summons the employee to his office and dismisses him saying he will be paid up to that Friday and not beyond. The employee will have the following claims:

If the employee had been allowed to work his notice period or had been paid in lieu in accordance with a payment in lieu clause in his contract, then he would not have a claim for wrongful dismissal. His claim would then be for unfair dismissal alone.

Unfair dismissal is exclusively statutory in nature and can only be dealt with by employment tribunals, not the normal civil courts. Wrongful dismissal claims are dealt with in both the courts and the tribunals.

Costs are rarely recoverable in unfair dismissal claims. By contrast, a successful employer or employee may recover their legal costs in a wrongful dismissal claim in the normal civil courts.

The concepts of compensation are also different. In wrongful dismissal claims, the measure of damages is based upon putting the employee in the position they would have been in had they received payment for the proper notice to which they were entitled under their contract. In unfair dismissal claims, there is a basic award based on a mathematical formula, and a compensatory award which will usually encompass loss extending beyond the end of the notice period. As a dismissal can be both wrongful and unfair at the same time, compensation paid by the employer for wrongful dismissal will normally be set off against the compensatory award part of an unfair dismissal award.

Damages in wrongful dismissal claims are calculated in the same way as breach of any other contract. The basic rule is that the employee must be placed in the same position as if the contract had been performed.

The employee will therefore be entitled to their full net salary for the contractual notice period and loss of other benefits for the notice period including, for example, employer’s pension contributions, loss of use of a company car, private health insurance, contractual bonuses, commissions, etc.

Wrongful dismissal claims will normally comprise net salary and benefits just for the notice period. However, the amount payable may increase in appropriate cases where the employee has been dismissed without proper notice and without the benefit of a proper disciplinary process. In such cases the damages may include the income which would have been earned during the time the disciplinary process would have taken place as well as during the contractual notice period.

Employers need to take advice, or at least give careful thought to the correct tax approach when calculating damages for wrongful dismissal. It is necessary first to assess what the employee would have actually received had the contract been performed – this means their salary and benefits in hand net of tax. Once this has been calculated then the first £30,000 of the payment is tax free as compensation for loss of earnings. If the damages exceed £30,000 then the excess over that amount is taxable.

Interested in HR, head over to our NCC Home Learning site to check out our range of HR courses.