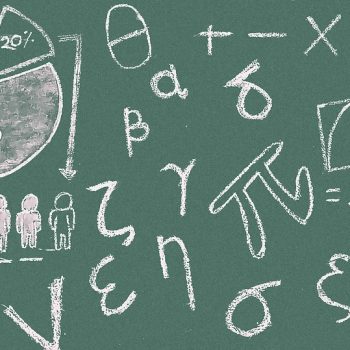 Mathematics is the language of the universe since it forms the basis of our understanding of the world. Everywhere you look, from architecture to technology, you’ll likely see the impact of mathematics. Consequently, famous mathematicians, the one who contributed to developing this discipline, will forever have their names embedded in history.

If you’re contemplating taking an A-Level maths course, you are in the right field. You have several famous mathematicians who can mentor through their inspirational works. Moreover, who knows, maybe you may join this list soon.

Below is a list of the world greatest mathematicians to help you look at their contribution to the discipline.

A mystical leader obsessed with numbers, Pythagoras was a numbers fanatic who deserves a spot in the list. He is widely acclaimed for his theorem about right-angled triangles. He lived in a community that revered numbers to the same level as their spirituality. His promotion of numbers as the core of the world made him the primogenitor of Greek mathematics, the commencement of mathematics, as we now know it.

If you thought that women played no role in the development of mathematics, you need to go back to history class. In the 14th century CE, a lady by the name Hypatia left a legacy in mathematics through her edited account of Euclid’s The Elements. Her version became a standard for centuries and continued to dominate intellectual discourse years after her horrific death. She faced an ugly death in the hands of a Christian mob who not only stripped her naked, but also ripped apart her limbs.

The Italian fount of knowledge was an author of 131 books and a compulsive gambler. His gambling tendencies led him to his first revolutionary scientific analysis of probability. Through gambling, he realised that if he could express the odds of chance events using numbers, he could win severally on the dicing table. His idea was groundbreaking because it birthed the probability theory, which later sired statistics, insurance, and weather forecast.

He was the most prolific mathematician with 900 published books in his name. He is well-known for the formula eiπ + 1 = 0 where e, a constant, is the Euler’s number, established the link between trigonometric functions and the complex exponential function. Later, he was interested in Latin squares. His contribution helped in the development of Sudoku.

Gauss is a prince of mathematics. He made significant contributions to several fields of 19th-century mathematics. Unlike most famous mathematicians of yore, Gauss didn’t publish any of his works. Instead, he focused on reworking and improving the existing theorems. While analysing astronomical data, he discovered that a measurement error resulted in a bell curve, a shape known as Gaussian distribution. Also, his discovery of non-Euclidean space, a theory that postulates that parallel lines may diverge, was discovered in his notes, after his death

Cantor played a role in developing a theory on mathematical infinity. His insights resulted in the mind-boggling discovery of the theory that some infinities are larger than others. Unfortunately, the great mathematician suffered from repeated mental breakdowns during his lifetime

Conway is a mathematician known for analyses of games and puzzles. He developed rules for a game called the Game of Life, a game in which you perceive how patterns of cells change in a grid. The game received a lot of adoration by early computer scientists, earning Conway a celebrity status. Additionally, he made significant contributions to the realm of pure maths, such as numbers theory, group theory, and geometry. He is also behind the development of concepts, such as monstrous moonshine, grand antiprism and surreal numbers.

Tao is a beneficiary of the Fields Medal, which he won and accepted in 2006. Working with Ben Green, Tao proved an astonishing aspect of prime numbers that made him join the list of famous mathematicians. He showed that it is possible to find sequences of primes of any length in which every number in the sequence is a fixed distance apart.

Back to Basics – How Adults Can Improve Their Maths Skills 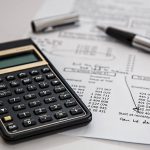 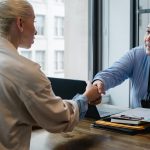