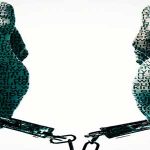 What Is Amnesty International Day?

The likelihood is that you will have heard of Amnesty International. This is because it is possibly the most well-known human rights group in the world.

What is Amnesty International?

Founded in 1961 by a British lawyer, it has since worked on several human rights cases.  It campaigns for the end of the death penalty, works hard to ensure free and fair trials and for the release of political prisoners and prisoners of conscience.

Some people have been and many are still in prison as a result of their religion or ethnicity. In recent times, the world has been alerted to the alleged use of concentration camps in Chechnya for gay men. These are all human rights abuses – many more happen every day in countries throughout the world, many of which we are unaware.

But Amnesty International works hard to ensure that everyone, no matter what their religion, faith, ethnicity, sexuality and so on are grounds for their imprisonment, torture or death.

Each Christmas, they arrange a Christmas card campaign. Members of the public support this by sending cards to political prisoners and prisoners of conscience to remind them that they are not forgotten.

Amnesty International Day is an annual event. Sunday 28th May 2017 is your chance to add your voice in protest at the human rights abuses that happen throughout the world by attending a local meeting, making a donation, signing a petition or writing a letter of hope to a prisoner of conscience – or do them all!

Dealing with the emotional trauma

For people imprisoned or held against their will, they don’t just suffer physically – the mental and emotional abuse and torture scars them for the rest of their lives.

Post-traumatic stress disorder or PTSD, is known to affect soldiers. But it is not a condition that affects only military personnel. It can affect anyone who has suffered or been party to a trauma in their lives.

From a car accident to being caught in a horrific act such as that we witnessed in London on a March afternoon, post-traumatic stress is an emotional and mental illness that can be paralysing.

The field of mental health is not just about PTSD. There are numerous mental and emotional disorders, illnesses and conditions that can affect anyone at any time.

From eating disorders to an all-consuming grief, our attitudes to mental health illnesses and conditions have changed. In recent days, another great stride has been taken to understand how mental health issues manifest themselves, with Prince Harry admitting to ‘two years of chaos’ after the death of his mother.

The fact that he also sought help in the form of counselling, and making this public, is an extraordinarily brave step for someone in the public eye who has his life and mistakes scrutinised on a daily basis.

It gives hope to the millions of other people who suffer from mental health issues, and who are either seeking help or attempting to live their lives with the condition, hiding it in plain sight.

Opportunities to make a difference

This leads to one thing: opportunities.

It allows people to seek help when they need it but also places a growing emphasis on us, as a society, to upskill so that there are the various levels of help and treatment available.

This doesn’t just mean more psychologists or psychiatrists. It means counsellors, including those who specialise in key areas such as grief, loss, eating disorders etc. It also means people who listen, who are empathetic and have an understanding of mental health illnesses and how they can manifest themselves.

It means teachers and teaching assistants offering an empathetic ear to a child they suspect is struggling, but unable to verbalise their thoughts or feelings. It is understanding that asking ‘why?’ is sometimes a futile question.

Mental health courses will increase in prevalence for all professions. For some time now, many professions have recognised that there are impacts on the mental and emotional well-being of their staff and colleagues.

There are many professions yet to realise that they have a role to play.

‘Getting it right’ is tough because mental health conditions are very different from one person to the next, from one day to the next. How we felt last week about the death of a loved one is different to how we feel about it today.

We all have a role to play – how much depends on you. There is an array of mental health courses on offer – why not take a look?

More Information
For an idea of how you can become involved in Amnesty International Day, take a look at their website. For example, you can sign the petition to stop concentration camps for gay men in Chechnya. It may only be a signature, but it sends a clear message.

Or take a look at the charity ‘Heads Together’ and become involved by raising money for the charity or using their resources to help young people, children or anyone you know struggling with depression, anxiety, grief, trauma and other mental health conditions.