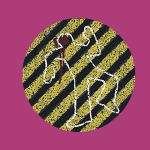 How Easy is it to Get Away with Murder?

Finding a murderer isn’t easy but there are key factors that can be used to help determine in which direction to look.

Does the perfect murder exist? In all honesty, there will never be an answer to this question because we will simply never know because to admit to such a crime would effectively mean the crime is not perfect.

How to Get Away with Murder is a popular American drama television series, with a strong following on social media with the hashtag #HTGAWM, that burst on to our screens in late 2014. There are many characters and an interesting filming technique where the action is told in retrospect, as well as flashing forwards.

There is no perfect crime… or is there?

Our abilities to detect crime and its perpetrators have developed enormously in recent times. In Victorian times, murder detectives believed that the image of the murderer would be etched on the eyes of the deceased as they would be the last person they were see.

Our understanding and development of new techniques have grown enormously…

#1 Putting the pieces together
Glass is everywhere, from windows to drinking glass, vases and ornaments. In a crime scene, the victim can be covered in all kinds of debris, some obvious and easily spotted and other less so. Until recently, matching the smallest shard of glass with another object in the room was down to conjecture and opinion.

But, forensic scientists have discovered the ability to examine the atoms in the smallest shard of glass to determine its source, taking out the guess work.

#2 Shining a new light on evidence
The human body will still be able to tell a story, even after death. But we are all different and thus how some people will react in certain situations will be different. Bruising below the skin’s surface can be indicative of how the person died and when.

Shining a new light on the evidence – a blue light with orange filters – can show the impact on the human body of any blows received before, during or after their murder.

#3 High-speed photography
We have all seen on TV how Crime Scene Investigators (CSIs) take photographs of seemingly everything. But, the crime scene can be a puzzle. For those victims that are shit, understanding the angle of the shot and from where it came can tell investigators a whole lot about their murder.

Understanding how glass shatters or a bullet will strike a human body under certain conditions can be examined by using high speed photography. With virtually no extra training, just a modern camera, modern day CSIs can work out from where the person was shot and why the bullet acted in the way it did.

#4 Seeing clearly what you think isn’t there
The smallest of clues can be the key to solving a puzzle. But the rain soaked note or the burnt piece of paper may have been the key and, until know, was useless.
Forensic scientists are developing high grade machinery that can lift handwriting, messages and so on from all kinds of paper with a fantastic new machine that can read what you think isn’t there…

Ready to become a CSI? – find out more with our guide

#5 Facial reconstruction
Murderers will sometimes attempt to hide the identity of the victim in order to hide their own. For a long time, people believed that disfiguring their victim by throwing them corpse in water or the sea (or worse still, a vat of acid) would completely eliminate their victim’s identity.

However, using bones and clever software, forensic scientists are now beginning to reconstruct the faces of people that their murderer thought they would never see again. Testing the process of familiar people have produced uncannily accurate results.

#6 The whole truth and nothing but
The truth is, hiding a crime, such as murder is incredibly difficult. Every perpetrator of every crime leaves some kind of imprint on an area. The smallest of slip ups can leave telling evidence at the scene.

There are many stories of people committing a near perfect crime and then slipping up with one, small detail. Like the burglar who wore a balaclava and gloves so no one would recognise him and he would leave no finger prints, but then drank a can of cold drink from the fridge of his victim and leaving the empty can behind. Forensic scientists lifted he DNA from the saliva left behind.

Forensic science courses are constantly changing, bringing new, innovative ways to be able to catch criminals after they have committed the act. There is no perfect murder…