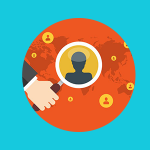 How do you Find a Murderer?

Finding a murderer isn’t easy but there are key factors that can be used to help determine in which direction to look.

Every year in every country across the globe, thousands of crime go unsolved. There are stories of people living out their days, not knowing what happened to the loved one, with no one brought to justice for their murder.

Finding a murderer is never easy but there are some key factors that detectives and forensic scientists use to help them determine in which direction to look.

#1 DNA
The discovery of the structure of DNA in the 1950s opened up a world of possibilities. Like fingerprints, the DNA of individuals is unique to them. For anyone looking to commit a crime such as murder, attempting to leave little or no DNA behind at the crime scene would be their main aim.

That said, this is incredibly hard to do, from spit or beads of sweat, we deposit our DNA at a crime scene without realising.

#2 Relationships
Any detective will tell you that the first people they look to when a crime such as murder has been committed is to the people who surround the victim. The murder victim will often be known to the murderer with a minority of murder being committed by strangers on strangers.

#3 Location
Likewise, murderers who plan their crimes will choose their location carefully, especially where they commit the murder and how they can dispose of the body quickly and easily. Most murderers will commit the crime relatively local to them; if you are on the road for hours travelling back and forth, you will need a strong alibi if you become a suspect.

As a result, forensics and investigating teams will begin their search for a murder in the locality.

#4 Timing
The timing of the murder is important and will tell the detectives a lot about why and who may have committed it. Criminals who intend on committing a crime will plan it and thus, they will choose a time when their intended victim is at their most vulnerable. In most cases, this will be during the hours of darkness, especially the early hours of the morning. Very few people are moving around at this time, thus there is less chance of them being spotted.

Crimes that are committed during daylight hours are dangerous acts, skirting on the edge of being discovered in the act. This could mean one of two things – a sense of danger or exhibitionism, or an unplanned act.

#5 Evidence
Criminals, including murderers, tend to be caught not when they commit the act or with the evidence they leave behind at the scene but when they are trying to hide the crime themselves.

For example, discarding a knife or getting rid of a gun, or trying to burn a bloodied baseball bat. Some murderers will leave the weapon at the scene if they have used one because getting rid of it can be more problematic than choosing a victim.

#6 Blending in
Detectives as they attempt to uncover the identity of a murderer will leave no stone unturned. To the untrained mind, many people think that people look like criminals, or someone will look like a murderer.
They will often assume too that people will look guilty or give themselves away. The sad truth is that some criminals are so adept at criminal acts that their lack of compassion or guilt is not apparent – and a criminal will blend in with the people around them.

#7 Tools & equipment
Sometimes, the tools and equipment that a criminal may use in an act are the factors that can give them away. For example, a murderer may have used a certain type of hammer or other tool that is only available in certain stores etc.
With most shops having CCTV, it could be that the murderer identity is hidden in plain sight.

#8 Alibi
In order for someone to be innocent, they will need to show that they were somewhere else at the time the murder is thought to have been committed. This is known as an alibi and for some people, they plan this too.

They assume that their alibi is water tight but a detective team will comb every inch of where they say they were. Looking for evidence that they were or were not there.

And finally, the use of media
From social media, to newspaper to TV appeal, the police are adept at using a variety of means to appeal, encourage or psych out the murderer to come out of the shadows. By suggesting that they have all the evidence they need, and an arrest imminent, the murderer in their panic, could make a mistake that proves their down fall.