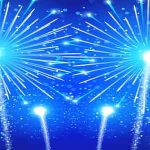 November 5th, a time to gather round the bonfire and enjoy the fireworks at an organised display.

Bonfire Night or Guy Fawkes marks the Gunpowder Plot, a failed attempt by Guy Fawkes and his gang of friends to blow up Parliament on November 5th 1605.

The plot can be lost in the commercialism of Bonfire Night, but Guy Fawkes, along with his co-conspirators, were Catholics. They were against a Protestant parliament and a Protestant king and decided the only real way to get their Catholic cause back on track was to blow up parliament with King James in it.

The plot, as we all know, failed. Guy Fawkes was tortured, a confession extracted and the legend was born. To this day, hundreds of years later, effigies of Guy Fawkes are burnt at the stake; candy floss eaten as it burns.

Criminal profile of an arsonist

From a criminology point of view, Guy Fawkes makes an interesting profile. Although not a fictional character, the recording of the crime is somewhat scant. However, a criminology course would look at an arsonist such as Guy Fawkes and examine why he committed the crime that he did (or nearly did). 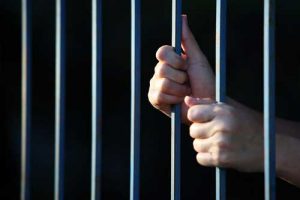 Motive is defined as the inner drive or impulse that is the cause, the reason or the incentive why someone commits the crime that they do. Fire, arson and explosions are barbaric. They take planning, which means they take organisation – a pre-meditated crime.

Arsonists, like other criminals, have to rationalise their crime and in the case of the Gunpowder Plot, Guy Fawkes did so by believing his political cause was in the greater good of the nation – or so we assume.

Motive is an abstract concept and unless the criminologist has chance to interview an alleged arsonist, and get to the root cause of what motivates them, conclusions are based on suppositions or opinion.

There are many interesting cases of arsonists who were caught. Their motivations were sometimes clear, and sometimes less so. By looking at past cases, a budding criminologist can often identify patterns in motivation and behaviour. This is known as profiling, an important tool for both the criminologist and law enforcement agencies.

A criminology course will examine how criminologists and law enforcement agencies will profile an arsonist after an attack or spate of attacks. Although some of the factors talked about today, such as Attention Deficit Hyperactivity Disorder and so on, were not discussed back at the turn of the 17th Century, there are some interesting similarities between what modern criminologists will look for, and what we know about Guy Fawkes.

The following is a profile of an arsonist, taken from date and information gathered over many years. But does it accurately profile Guy Fawkes and what we know about him?

Arsonists are usually white males, age 17-26 – Guy Fawkes was 35 years old when he enacted the Gun Powder plot in 1605. He was white and came from a relatively well-off family. He did not live in poverty.

Unstable childhood; often one or both parents missing from home – his father died when he was 8 years old. His mother remarried and pretty quickly by all accounts. However, this was the norm in the late 16th and early 17th centuries. Single or widowed women had no income of their own; their only real option was to remarry and to do so quickly. There were other children after Guy, who was the eldest, but only two sisters survived birth. 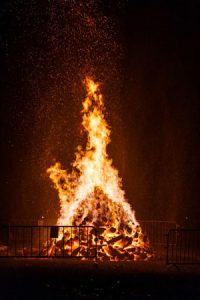 Abuse or neglect by parents – none recorded

Poor academic performance – thought to have gone to a Catholic school whilst living in York, St Peter’s. Although there is some speculation the Harrington relatives had influence over his education. The Harrington family was related to the Fawkes’ family and was known to harbour priests. Members of the Harrington family also accompanied him to Flanders when he was attempting to drum up Catholic support for England. His school friends were either involved in the Gunpowder Plot with him, or became priests. One friend was executed for being a Catholic priest in 1601. Guy Fawkes could have interpreted these actions as an attack on him and his beliefs, and was no doubt fuelling his distaste for the Protestant King and Parliament.

Antisocial behaviours and other crimes as an adolescent – none recorded, although the company he kept was not in line with what would be considered at the time as ‘good Protestant families’. His own family and associates were Catholic and not afraid to show their distaste for the King and his Protestant ideals.

Cold or aggressive relationship with father and an overprotective mother – no information exists, although Guy appears to have been heavily influenced by several men including his stepfather, the head at his school, a cousin who became a Jesuit priest and governors at his school.

If married, poor marital adjustment – possibly married and had a son soon after leaving school although there are no accounts that confirm this.

If not married, still living at home with parents – little information, although he lived mainly overseas from the age of 21.

Lack of stable interpersonal relationships and poor social skills – he kept company with fellow Catholics and those who believed in Protestant conspiracy theories. He talked of the ‘evils of Protestantism’.

Poor occupational adjustment – Guy Fawkes was dismissed from his first job in service after leaving school.  Anthony Browne, 1st Viscount Montagu took a dislike to him and sacked him. Could Guy Fawkes have been harbouring resentment?

Poor military performance – joined the military, fighting on the side of Spanish Catholics in the ‘80 Years War’. He was involved in all kinds of skirmishes and attempted to raise Spanish support for a Catholic uprising against King James. He adopted the Italian spelling of his name Guido at this time too. Although he was perceived politely, the Spanish King, Philip III received him but took no action. It is thought that Fawkes was recommended for Captaincy during his military career.

Mixed findings on intelligence, but most found to have average to higher intelligence – There is no record of Guy Fawkes’ intelligence, although he was not noted to be an overly-intelligent man. However, there is no mention made of him struggling with his education, nor during his military career.

Mental Illness or personality disorders, depression, schizophrenia, suicidal tendencies – Fawkes lasted days under incessant torture, giving a false name, and false family details.  Although he gave small nuggets of information, it took a level of torture sustained over several hours before he finally gave in, spoke English and gave his torturers the information they desired. He also remained steadfast in his catholic beliefs right until the hangman’s noose. He apologised to the King but refused to renounce his faith.

As a criminologist, you could be part of the process that helps solves crime by examining the motivation about why or how someone would commit such an act.