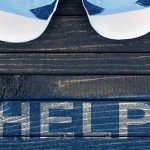 Children in Need – More Than We Could Imagine!

The United Kingdom is a developed country. It is classed as high income, has an impressive and growing Gross Domestic Product (GDP) statistic and is ranked 14th for human development.

In other words, the UK should be a great place to live in, with a high standard of living and money in your pocket.

So why are nine children in a class of 30 across the country living in poverty? What is poverty in the UK?

Can you see poverty?

We can all recall history lessons in which we looked at drawings of bare-footed children, dressed in rags, begging in Dickensian times. We assume that when we see it, we will know poverty. But in a developed country like the UK, identifying poverty just by looking at clothes and possessions is not always possible.

Poverty affects one in four children in the UK and, according to the Child Poverty Action Group, these children will miss out on things others will take for granted – warm clothes, school trips, having friends over for tea – as a few examples. They also do less well at school, a vicious cycle that has an impact on future life chances.

For those studying a childcare diploma, understanding the effect of poverty on child development is essential. A child minder plays an important role in the life of a child, and can also be a lynchpin in the family as a whole.

What is poverty in the UK?

There are several definitions of poverty but relative poverty is when a person or family cannot afford an ordinary living pattern. This means they are excluded from activities and opportunities that an average person enjoys.

A household is considered to be in relative poverty, or have a relative low income, when their income is less than 60% of a median (average) household income. This income level is measured after taxes and benefits. Variations are taken into account. For example, a lone person will need less to live on than a family of five will,; this is called equalised income.

The impact of poverty on child development

For a student of a childcare diploma, what they are most interested in is the effect of poverty on the child or children they are caring for, and their development.

The research findings are quite clear: poverty is damaging. It damages childhood, damages future life chances and damages society as a whole too.

And it costs the UK economy too, in various ways. Billions of pounds are spent each year on ensuring that there are the services in place needed by poorer families and people, as well as spending on benefits.

In terms of a child’s development, research has shown children from poorer backgrounds are behind at all stages of education, from early years through to GCSE.

How quality child care impacts on this

The childminder, nursery nurses and early years’ educators are at the forefront of stemming the damage that poverty can cause to a child’s development.

Social reforms attempt to lift people and families out of poverty. This has meant that parents can go back to work, have their childcare provision paid for and their children cared for in an environment that is stimulating and educational.

They can receive the education that other children receive, so that when they are of school age, they are not nine months behind in development.

It is not easy to wipe out the effects of poverty and the damage it can do, but social commentators and philanthropists agree that breaking the cycle of poverty with education is key to moving people out of poverty.

If you are studying or want to study a childcare diploma, you too could be at the forefront of making a huge change to children’s lives, and their family. By providing high quality care, in a non-judgemental setting, you could be helping a family to leave poverty behind.

There are research findings and papers dating back decades. Education and poverty are, according to modern-day researchers, strongly linked with universal education being one way in which families can be lifted from poverty.

Take a look at the Joseph Rowntree Foundation who have been instrumental in all kinds of research of various topics relating to children, families, poverty and more. Also, look at what UK governments have done in terms of social reform over the years and how attitudes change.