Distance Learning vs Face-to-Face – Benefits and Drawbacks
What are the Differences between QCF, RQF and NVQ (Infographic)
Does Your Home Environment Affect Your Ability to Learn?
How is Psychology Important in Business?
World Reptile Day: 10 Interesting Facts
These Are The Highest Paying Jobs In The UK
How to break into administration without previous experience
What are the different types of employment contract?
Uncategorised

How to Catch a Killer ( Infographic )

6
Send link
Sign up for blog updates and get an instant 10% off code for NCC Home Learning courses.
Receive a 10% discount code straight to your inbox for any course with a value of £200 or more when you subscribe to our blog.

Over the years, there have been many cases of murder that have shocked and dismayed the nation.

What makes the crimes and reputations of these 10 murderers all the more notorious, is that their killing sprees included numerous victims, some of whom remain unknown. For some, their campaign of murder lasted for many years before their deeds were uncovered.

We often think as murders are committing crimes that are bloody. In the case of the Moors murders carried out by Ian Brady and Myra Hindley, their crimes were bloody and barbaric.

In other cases, the murders were ‘quieter’ somehow, harder to detect with no blood or other forensic evidence readily available the crimes of the local GP, Harold Shipman. Administering lethal doses of diamorphine, Shipman chose his victims carefully. His victim’s health already frail, there would no need for a post-mortem and his crime would pass undetected.

The motivation for murder often remains hidden, a complex area of study

Investigating murders is harrowing and complex. But the mode of discovery of the most famous serial murder cases the world has ever seen will perplex you.

Denis Nielsen’s crimes were discovered when he called plumbers to sort out the poor plumbing at his flat. They found human remains blocking the pipes. This was not an accidental discovery. Nielsen knew they were there so why call for help? Did he want to be discovered? Did he want the world to know what he had done?

Read on to find out how some of the most notorious serial murderers had their crimes revealed before the disbelieving eyes of the public. If you want to learn more about criminology, visit our criminology courses page or try out our forensic science course to learn more about the techniques used to catch criminals.

If you would like to use this infographic on your website. Copy and paste the below code. 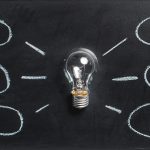 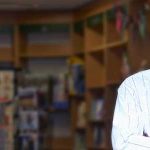