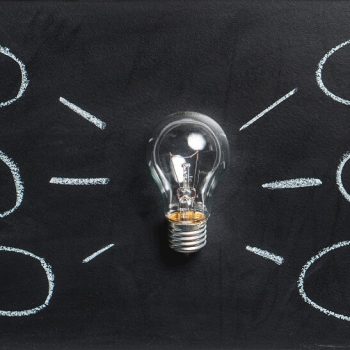 5
Send link
Sign up for blog updates and get an instant 10% off code for NCC Home Learning courses.
Receive a 10% discount code straight to your inbox for any course with a value of £200 or more when you subscribe to our blog.

It is a worthy question: why is April Autism Awareness Month? The answer lies in a lack of understanding and knowledge about Autism, or Autism Spectrum Disorder (ASD) as it is also known.  Although it is known as a learning difficulty, most people who rank highly on the spectrum come with different abilities that should be valued. NCC Autism Awareness Courses are focused on the challenges that those with ASD find, but it is also focused on recognising the distinct talents that should be celebrated.

Some background about Autism Awareness Month

When did Autism Awareness Month start? You will be surprised to know that it has been almost 50 years since the Autism Society initiated this month of awareness.  This movement turned global with World Autism Awareness Week, taking the first week of April.  The United Nations have also given over a day in April, the 2nd day each year, to internationally recognise Autism Awareness Day.  Here the UN works to promote measures for raising understanding and recognition of ASD.

The puzzle ribbon was adopted in 1999 as the universal symbol of autism awareness.

Why do we need to be aware of autism?

Autism is the fastest growing developmental disability.  This may not be because there is a sudden upsurge in the condition, but instead, an increased recognition that some people’s brains work differently to what works smoothly with society.  This is called a diagnosis, though, in reality, it is only a diagnosis because those with autism often meet challenges because of the way society tends to work.

The major challenge faced by those on the ASD spectrum is the increased sensitivity to sensory stimuli.  Where people low on the spectrum can moderate incoming messages, ignoring some and accepting others, those with autism often must deal with all the stimuli all at once.  This is overwhelming and can lead to emotional breakdowns, known as dysregulation.

There are also concepts that we rely on that are incomprehensible to some people with ASD.  Some find the concept of time impossible to grasp.  Some people with autism cannot appreciate the emotions of others, so can appear insensitive.  Even if some people on the spectrum learn to intellectually appreciate the rules that govern the emotions of others, they still do not instinctively carry these emotions within them.  For children, this makes sharing particularly difficult, as they cannot appreciate what is fair to others.

Raising awareness of autism allows us all to make choices better.  If we understand the challenges that people on the spectrum struggle with, we can adapt.  It is only fair that we adapt because we can, they cannot.

But it is also a positive

It is difficult to consider autism as a disability when it comes with some significant positives too.  It can interfere with people’s lives; hence it is known as a disorder.  However, for most downsides to autism, there tends to an upside too.  It is possible that they have enhanced hearing, which they can use to develop a talent or a profession.  It could be that they have heightened memory, increased focus on a preferred activity and a distinct preference for the honest.  You will be hard pushed to find a person on the spectrum who lies – truth is important to some, even when it is uncomfortable for others!

You can look to the idea that they cannot perceive time as a concept as a problem.  However, this often means they live completely in the moment.  Ideas of the future and the past are difficult, therefore only the stimuli from the present has relevance.  Society, in general,is often thought too caught up in depression due to the past, or anxiety due to possibilities of the future.

It is also pretty typical for autistic people to have little value for material objects and to feel no need to one-up the next person along.  This, in turn, makes them more accepting of difference and less judgemental in general.

Awareness of all that autism brings

Therefore, Autism Awareness Month is a request for more understanding.  It is a request to the general population to accept this difference.  It is a campaign to increase knowledge of the challenges that people with autism face.  However, it is also a challenge to those without autism to see the superpowers that are often possessed by those on the spectrum.