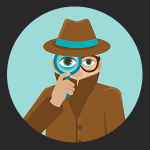 7 Steps to Catching a Killer

Detectives and forensic scientists are driven by compassion and a belief that a killer should be caught. Every day, somewhere in the world, someone’s life is extinguished by another.

There are times when this is tragic and accidental but there are other times when the perpetrator has intended to do harm, or take the person’s life.

Forensic teams have an important job at a crime scene, tracing the killer’s steps with seven distinct processes…

1. Establish the dimensions of the crime scene
The murder may have taken place in the hallway but this may not be the extent of the scene. There may have been a struggle upstairs, followed by a debacle in the kitchen and finally, the murder by the front door. The body, for instance, may have been found in the corner of a field but the crime scene could extend beyond this small patch.
As well as considering the boundaries of the scene, the forensic team will also look at any potential health or safety hazards to their health. Being able to work a crime scene effectively and safely is key.

2. Establish a cordon
According to a rule known as Locard’s Exchange Principle, anyone who enters and leaves the scene will add or detract from the evidence and material that is at the scene. In order to minimise this, the crime scene should be cordoned off and very little movement on or off the main site should take place.

3. Plan, communicate and coordinate
The third step in catching a killer once the crime scene is cordoned off is the process of collecting evidence. But this needs to be done methodically so that cross-contamination is avoided or, worse still, vital evidence is missed.
Forensic teams will need to know the type of crime that has happened as this will affect how they look and, more importantly, what they are looking for. Someone who has been strangled for example, may have been strangled with the hands or with an item or garment. When a weapon has been used, there will be specific items that the team will be looking for.

4. Conduct a primary survey
Before the team get down to collecting and bagging evidence, they will perform what is known as a primary survey. This is literally looking and observing what they see, asking themselves what is the crime scene telling them.

For example, was it a violent struggle, indicating the murder happened in this location? Or, does it look like the body was dumped here, and the crime happened somewhere else? They may take photographs of what they see initially, including key aspects that may impact on how the evidence is spread across the area, such as a lane onto the area or the back door being left open etc.

5. Document and process the scene
This can take some time with the team being methodical and detailed in how they go about the search. They could include searching for evidence on their hands and knees or in hard to reach places and so on. They may need to work fast at some scenes, such as those that are outdoors – biological evidence is easily destroyed by rain or cold.

6. Secondary review
To ensure that they have every bit of evidence from the scene, there will be a secondary survey. This is as much about quality assurance of a scene, as it is about checking that nothing has been missed.

7. Record and preserve the evidence
The forensic team will create an inventory of everything they documented and took from a crime scene, ensuring that specific items that need special handling and storage are separate from the other items. Collecting and processing evidence from a scene is important as it forms the backbone of a court case.

If this is not done following guidelines and protocols, cross contamination can result along with losing evidence too. This can render a case against someone void and null, something that people read about in papers when cases are thrown out of court on a technicality.

Gathering the evidence is key, and a specialist process that backs the investigating team. Putting all the pieces of the puzzle together can make a difference between the killer being caught or not.

It is also important in cold cases too. Storing items properly so that they are not compromised can mean that as new reliable, techniques become available, evidence can be re-examined.

Interested enough to know more? Perhaps you have a killer to catch?

You can learn more by taking one our Criminal Profiling or Forensic Science courses.