Is the UK Suffering with a Child Obesity Crisis?

The UK has the highest rate of childhood obesity in Western Europe (NHS). This sentence alone should be a wake-up call to make changes to how we see food, what we eat and how much. Add to this the strain that this places on the NHS too and you realise that this is a far bigger problem than first thought. With £4.2 billion each year spent on diet-related diseases, there is a need for action.

The various convention approaches to prevention such as social marketing and community-based interventions have not yielded the results that experts thought they would. Their failure to make an impact means that many children are still at risk.

We know what we need to do – this is why there is a collective guilt about not managing to ‘eat five a day’ – and what is good for us, but there is often a gulf between what is good and what we actually do.

The same is true for parents and children. When life is busy, time in short supply and money tight too, with £5 in your pocket that will buy a few pieces of fruit with a short shelf life, opting for the biscuits and other sugary snacks of which there is more and that will last longer quickly becomes the answer.

There are also problems with food labelling and what we understand by some of the phrases and words used. Drinking fruit juice, you may have thought was healthy and one of your five a day; it may be but it may also be laden with a large proportion of your recommended sugar intake too.

So what is the solution?
The answer is hard to come by but organisations and agencies have noted that there are underlying cultural forces that line up to make everyday life unhealthy, for both adult and kids.

‘Food deserts’ are an uncomfortable paradox in our developed country. The UK has a monopoly, like other rich, developed countries on the global food market and yet, in some of the most deprived areas of our own country, people struggle to afford healthy food.

Food retailers are constantly driving down prices to give us cheap, fast food with empty calories and negative nutritional value. Many organisations and health professionals have also highlighted the impact of advertising too. Most adverts are designed to trigger an emotional response, and if there is one thing certain to trigger an emotional need, it is promoting food of some kind or another.

Consumers, some say, need the will power and determination of a well-trained athlete to resist these adverts. And it is a daily barrage with children being bombarded too at every turn, or so it seems. From poster campaigns on main routes through towns and cities, to internet adverts and those on TV too.

There is little comparison between the calories consumed and the weekly amount of exercise that campaigns tell us that we need; the 150 minutes of exercise per week would only work off a quarter of a Domino’s pizza. 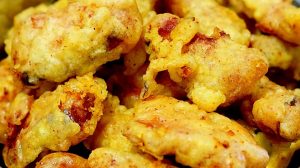 High street domination
Empty shops on high streets in deprived areas don’t always welcome new tenants readily but when they do, research has shown that the new tenants are often cheap, fast food outlets.
Newham, a borough in London has the fifth highest child obesity rate in the UK, and a high prevalence of diabetes. The healthy school food ‘movement’ has not worked here, with only 15% of students eating in school canteens. When older students leave school premises at lunchtime, they enter a high street full of fast food outlets.

Research also noted that when there was a fast food outlet within 160metres of a school, obesity amongst students aged 15 to 16 increased by 5% (WAWWD). This is not good news for those directly involved in the tackling the UK child obesity crisis.

Branding and design, as well as promotion, also pay a key role in how young people and children view food. Creating a ‘must-have’ to be ‘cool’ and ‘part of common, acceptable culture’ places parents under all kinds of pressures. And it’s not just trainers; you lunch box needs to be cool too. Who wants to be seen eating yogurt coated raisins when everyone else has chocolate or sugar coated sweets?

Education and awareness
There is no easy fix. Eating healthy is about changing habits, as well as educating people. Healthy Eating Courses is one means by which the UK child obesity crisis could be tackled. Changing attitudes may a whole lot more difficult…

Nick Cooper
Nick is NCC's resident blog author and covers a range of subjects, including teaching and health & social care. NCC is an international learning provider with over 20 years’ experience offering learning solutions. To date, NCC has engaged with over 20,000 employers, and delivered quality training to over half a million learners.

Keep Up To Date

Sign up to our newsletter & receive an instant 10% discount code to use on any of our home learning courses with a value of £200 or more.

Keep Up To Date

Sign up to our newsletter & receive an instant 10% discount code to use on any of our home learning courses with a value of £200 or more.

Looking for the right course ?

Monday until Friday: 9am – 9pm