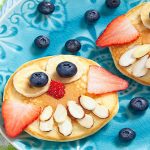 The State Of The World’s Health!

Obesity is a worldwide epidemic. And the facts from the World Health Organisation (WHO) made for sobering reading;

Obesity in adults is defined as someone over the age of 18 who has a BMI equal to or greater than 30. Overweight people have a BMI greater or equal to 25. For children, the definition is slightly more complex with age taken into accounts and other factors too. 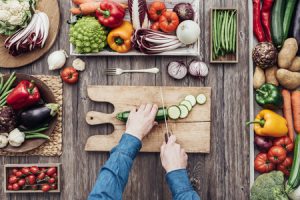 For many years, we have been advised to eat five portions of different coloured fruit and veg a week, but early on in 2017, we were told that this should be doubled.

On the face of it, the problem seems obvious – eat too much, exercise too little and being overweight becomes an issue. Obesity is a step on from being overweight whereby someone who, even though they understand the effect of too much food and not enough exercise, continues to pile on the pounds.

So, if we understand the problem, why don’t we do the obvious? Eat less and exercise more. But, experts say it is not quite as simple as this.

We can all testify how much the shape of people’s lives has changed in recent years. At one time, families sat down to eat meals together around a table.

The invention of convenience meals and microwave ovens led to quick suppers. With the advent of the digital age, as well as changing working patterns, the sit-down family meal has become a rarity in some households during the working week.

Many experts believe that we no longer concentrate on our food. We no longer savour it like we once did.

Some experts take the argument one step further. Although they don’t lay the blame of obesity at the feet of the invention of television, there is no doubt that as television has morphed from three channels broadcasting for eight hours a day to multi-channels, 24 hours a day, the activity levels of adults and children have decreased.

American nutritionists believe that there is a direct correlation – as we watch more television, we get fatter.

Add to this the digital age, the laptops, the tablets, the PCs, the gaming consoles and so on, children and adults are becoming even more sedentary.

Our activity levels have been described as ‘shockingly low’, but levels have not changed for the better.

What to eat, how much to eat, what not to eat – there seems to be a cacophony of guidelines that some people say they are confused by. For many years, we have been advised to eat five portions of different coloured fruit and veg a week, but early on in 2017, we were told that this should be doubled. 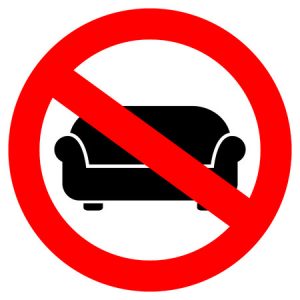 Our activity levels have been described as ‘shockingly low’.

There were thoughts that maybe obesity could be a genetic issue. There is still much debate around the issue but in most cases, being overweight and obese is not a genetic issue. Perhaps, it is more a case of eating habits firmly entrenched in families?

Nutritionists point out what they think is the main problem – lack of restraint.

Rather than this being a lack of personal willpower – although that does play a part – they point out that the availability of different kinds of foods amounts to a ‘food carnival’.

There is also the question of poverty and cost. Buying processed foods, from pre-made burgers to biscuits, can be cheaper than buying fruit and veg.

Although the solutions seem obvious, the scale of obesity continues to shock and horrify us – and yet, there is no sign of obesity rates slowing, let alone being reversed.

We all have our part to play but for health professionals, being skilled and knowledgeable in informing and educating people is a key role in preventing obesity.

Healthcare assistant courses deal in detail with nutrition, along with current advice that many people are given to help with being overweight or obese. But unless there are significant changes, the cases of obesity in adults and children will continue to increase.