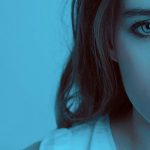 10
Send link
Sign up for blog updates and get an instant 10% off code for NCC Home Learning courses.
Receive a 10% discount code straight to your inbox for any course with a value of £200 or more when you subscribe to our blog.
Over half of British girls feel that they have a good knowledge of mental health issues amongst young people, according to a new survey.

Over half of British girls feel that they have a good knowledge of mental health issues amongst young people, according to a new survey. A national organisation has released the first look at a report into the wellbeing of girls in the United Kingdom, with worrying statistics regarding mental health.

Girlguiding UK conducted their annual Girls’ Attitudes Survey, asking 1,574 girls and young women aged between 7 and 21 for their views on various topics.

One of the topics most prominent in the range of answers was that of mental health, and the levels of education surrounding it.

Worryingly, less than half of the girls surveyed stated that they have had conversations about mental health contained within their lessons at school. This has led to the survey revealing that over half of those surveyed feel that they don’t know enough about the mental health issues they face as young people.

One thing that hasn’t changed is the belief of those who were surveyed opinions on parents’ views. Last year it was voted that parents’ greatest worries were drug use, alcohol and smoking, and this opinion has not changed. Furthermore, a massive 82% of the girls surveyed stated that adults do not recognise the pressures that they face in their daily lives.

Does this mean that parents are worrying about the wrong issues?

This could be seen to be true, as whilst drugs, alcohol and smoking are obviously problems that face many young people, 62% of girls and young women aged 11-21 who were surveyed personally knew a young woman who has experienced a mental health problem.

Even more alarming is the revelation that 46% of girls and young women aged 17 to 21 have personally needed help with their own mental health.

With 66% of girls aged 17 to 21 stating that mental health is awkward to talk about, maybe it is time that more awareness was given to mental health from a young age to attempt to combat this stigma, and reduce the high numbers of those diagnosed. The good news is that over half of those surveyed would like to know more about where to get help and support for mental health issues.

‘We need the support of decision-makers to start an open conversation about girls’ concerns. By listening to girls, we can work together to tackle the root causes of their distress – and champion their potential.’