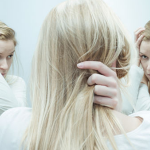 Set for release in late January 2017, the movie Split examines dissociative disorder and its implications for the patient and for family, friends and society at large.

Having shared 23 of his personalities with his psychiatrist, Dr Fletcher, Kevin knows that there is another personality that remains hidden. Until now.

It is the biggest personality of all, the most destructive and the most violent. Kevin himself now faces a race for survival, as do his captives.

Understanding schizophrenia fascinates but eludes psychologists, psychiatrists and science. It is an umbrella term, still hotly debated amongst academics as to its causes and treatment. A recent debate has been whether it is an illness that exists at all.

For those thinking of studying criminology causes, schizophrenia and other mental illnesses will be issues that they come across. Schizophrenia changes how a person thinks, feels and acts, and this varies from one person to another.

NB This is not a definitive nor authoritative guide that should be used to diagnose schizophrenia or any other mental illness. If you are concerned about your mental health or that of a friend or relative, please see your GP or consult with expert organisations such as Mind.

What we know about schizophrenia so far is, say medics, the tip of the iceberg. There is more to understand about why it happens and why some people are affected but not others. There are some facts that you will learn as part of a criminology course, including;

Spotting the signs of schizophrenia can be difficult, but start with ‘positive symptoms’. These are add-ons to normal behaviour and although they are called positive symptoms, there is nothing good or positive about them.

Whilst these signs alone don’t point to just schizophrenia, as a student of criminology knows, they are signs that point to serious mental health issues.

Someone displaying signs of schizophrenia may lose interest in some things. Symptoms can be hard to spot, especially in teenagers who as a normal part of adolescence have emotional highs and lows.

However, if positive symptoms continue and are matched by the following, they become ‘negative symptoms’;

This is a stage of schizophrenia that most people associate with the disease. Cognitive functions relate to how well your brain learns, as well as storing and retrieving information.

Those people with schizophrenia have a hard time with their memory. For example, they may not be able to keep track of different kinds of facts at the same time, like remembering a phone number and remembering where the milk is kept.

Making decisions become almost impossible and they are now in a confused state.

There are various treatments for schizophrenia, including medication that helps to control the symptoms. Sometimes, people forget to take their medication or they decide not to continue taking it, and this is when symptoms return, causing all kinds of issues for them and their families.

As a criminologist, you will come across all kinds of criminal behaviour and activity, some of which may be driven by the poor mental health of the perpetrator, including those suffering from schizophrenic episodes.

For those thinking of criminology as a career, distant learning criminology courses are the perfect way to step into this career.

Find out more about schizophrenia and other mental health illnesses at Mind.