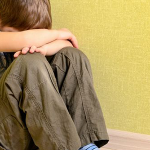 How Child Psychology is Different to Adult Psychology

Psychology is a broad term and as such a psychologist, once they have completed standard qualifications, will often specialise in certain topics or areas.

Child psychology is one specialist area and is considered separate from psychologists dealing with adults.

Child psychology and the concept of ‘the child’

Up until the early 20th Century, children were treated no different to adults in many ways. They dressed the same, in most situations, they were set to work at an early age too. The concepts of ‘the child’ and childhood were not apparent.

But over time, it became clearer that childhood is an important time in life. It is the time during which a child develops physically and emotionally. It is a time of great influence – get it wrong, and the child can become an adult with serious issues that harder and possibly more difficult to solve.

Child psychology also referred to developmental psychology, is the study of and the practice of working with children to develop emotional well-being that will see them able to tackle adulthood.

Whilst physical development is relatively stable and predictable, the latter two areas of cognitive and social-emotional development are closely linked and variable that many children need professional help to be able to bring all these areas together in harmony.

Milestones act as checkpoints in the development of a child and we know now that when there is a gap between where a child is at and an accepted benchmark, the gap becomes bigger in the years to come.

Every child can be defiant and impulsive from time to time and is often an accepted part of growing and developing.

For example, parents and grandparents often refer to the ‘terrible twos’, a time characterised by children learning about the world around them but when they don’t get their way, can fall easily into tantrums.

But when these behaviours are extreme and ongoing, a child psychologists may be the professional able to help.

As humans, we display a range of emotions from excitement to sadness, embarrassment and happiness.

These are considered ‘normal’ and how we deal with them is important. This is a complex process but how we manage our emotions is something we start to learn in infancy.

As a child develops, they start to express more emotions such as surprise, shyness, elation, shame, guilt and pride.

A child must learn to regulate and manage emotions, something that we take into adulthood.

But an emotionally reactive child can become anxious or there is the opposite case of where a child doesn’t seem to possess a wide range of emotions, making it difficult in both cases to form relationships and friendships.

A child psychologists would help them with strategies to manage their emotions.

Simply put, socialisation is the values, knowledge and skills that enable children to relate to others in a positive way. This process is known to start shortly after birth and continues into adulthood.

Childhood is crucial for socialising, something that comes with play and being in situations such as school, playgroups and so on. When socialisation skills are lacking, children become isolated.

A child psychologist is a professional who can help a child through socialisation difficulties.

A psychologist will have a broad base of learning, followed by a specialism such as child and adolescent psychology. Psychology courses online are an effective way to start your career in psychology but also prove valuable to anyone working with children, young people and adults too.

What jobs can you do with a Level 3 in childcare? 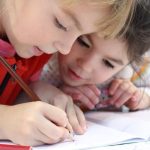 How to Find a Childminder 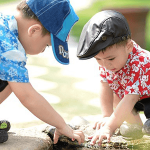 Can Family members Get paid for Childminding? 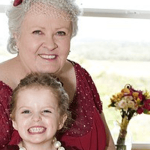